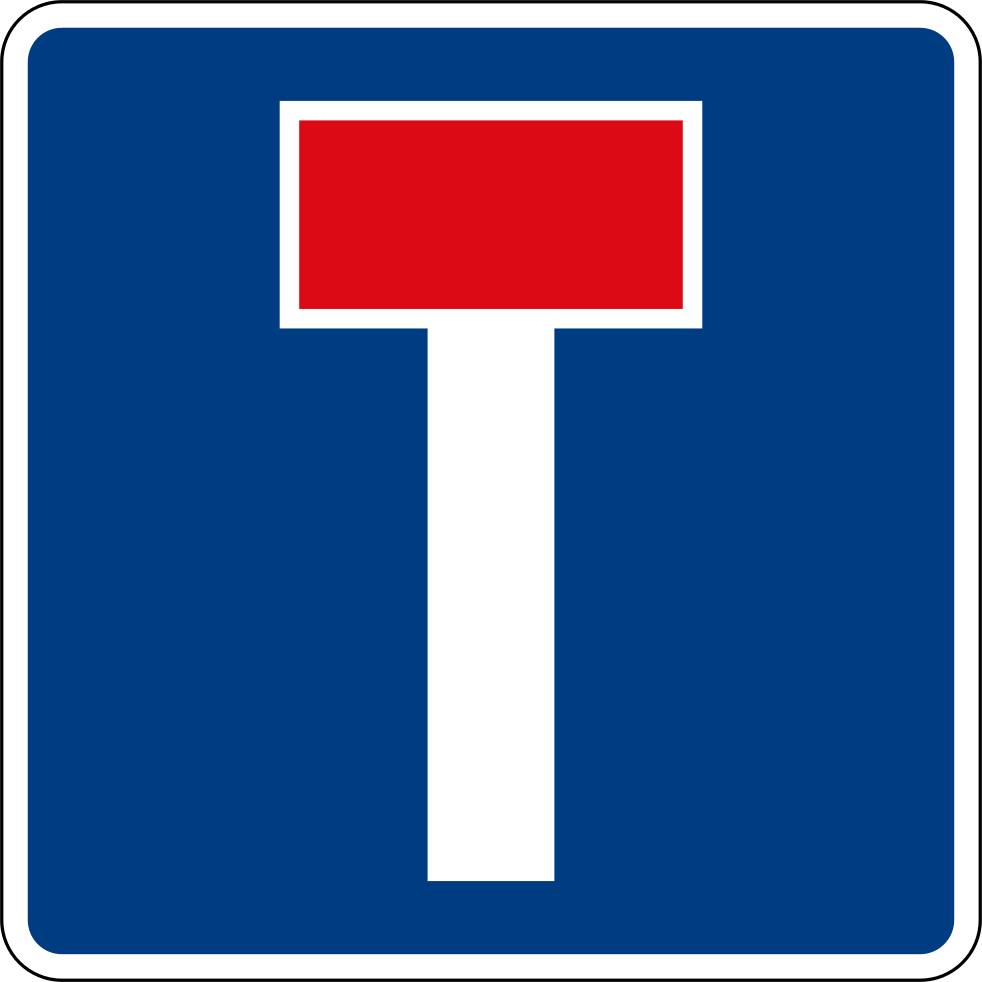 A dead-end sign.
Source: Wikimedia Commons
The council of your home town has decided to improve road sign placement, especially for dead ends. They have given you a road map, and you must determine where to put up signs to mark the dead ends. They want you to use as few signs as possible.

The road map is a collection of locations connected by two-way streets. The following rule describes how to obtain a complete placement of dead-end signs. Consider a street $S$ connecting a location $x$ with another location. The $x$-entrance of $S$ gets a dead-end sign if, after entering $S$ from $x$, it is not possible to come back to $x$ without making a U-turn. A U-turn is a $180$-degree turn immediately reversing the direction.