The problems for the 2019 ICPC World Finals are available here.

As an employee of Aqueous Contaminate Management, you must monitor the pollution that gets dumped (sometimes accidentally, sometimes purposefully) into rivers, lakes and oceans. One of your jobs is to measure the impact of the pollution on various ecosystems in the water such as coral reefs, spawning grounds, and so on. 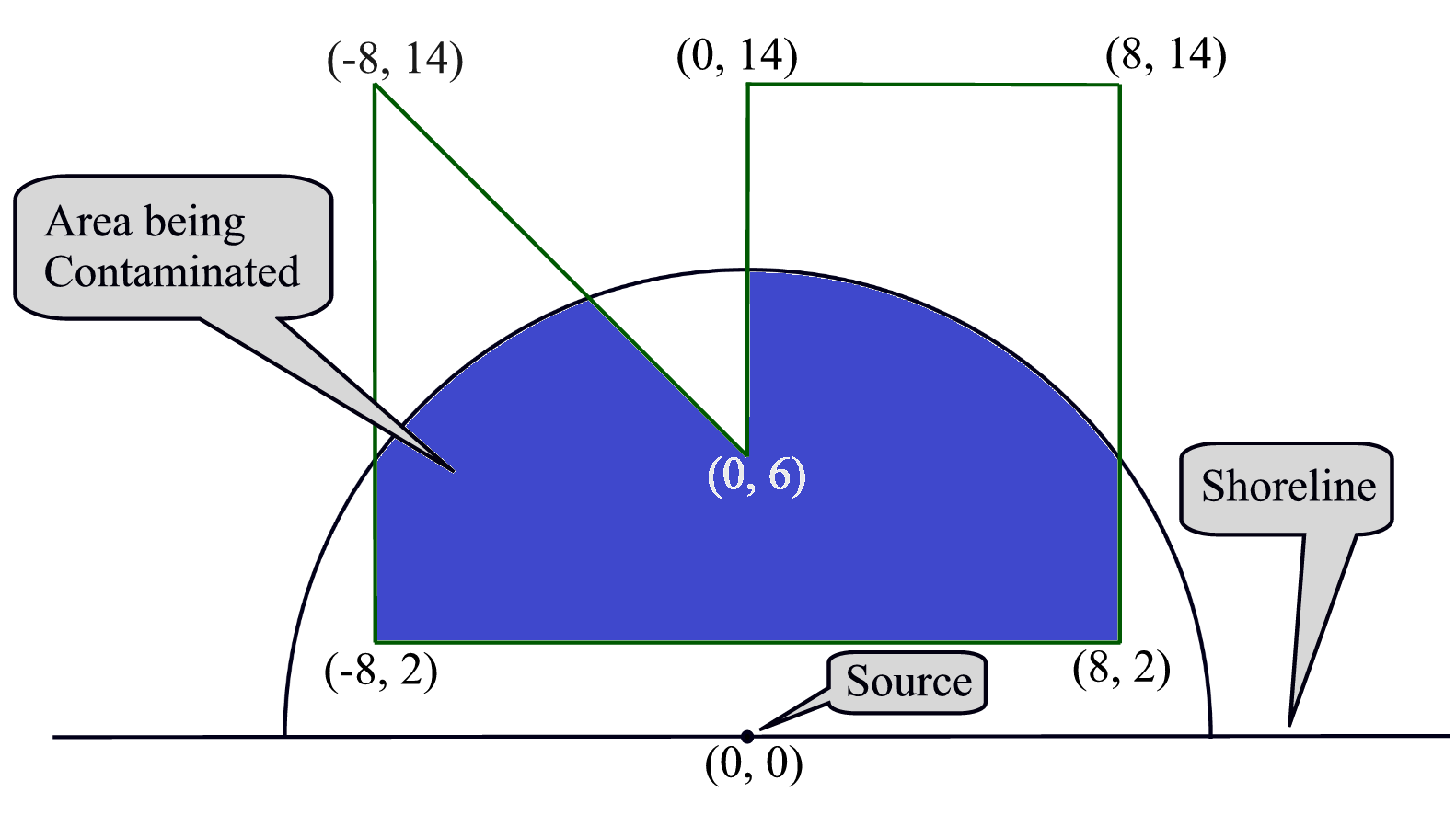 The model you use in your analysis is illustrated in Figure 1. The shoreline (the horizontal line in the figure) lies on the $x$-axis with the source of the pollution located at the origin (0,0). The spread of the pollution into the water is represented by the semicircle, and the polygon represents the ecosystem of concern. You must determine the area of the ecosystem that is contaminated, represented by the dark blue region in the figure.

Display the area of the polygon that falls within the semicircle centered at the origin with radius $r$. Give the result with an absolute error of at most $10^{-3}$.