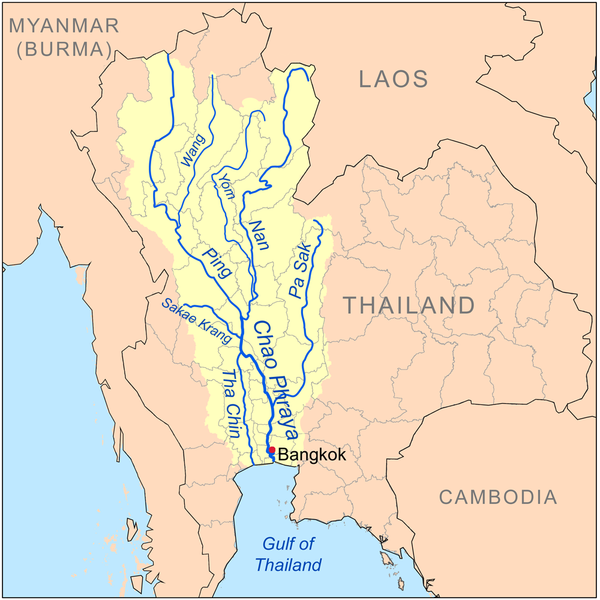 The Chao Phraya River System is the main river system of Thailand. Its six longest rivers listed by decreasing length are:

A simplified model of this river system is shown in Figure 1, where the smaller red numbers indicate the lengths of various sections of each river. The point where two or more rivers meet as they flow downstream is called a confluence. Confluences are labeled with the larger black numbers. In this model, each river either ends at a confluence or flows into the sea, which is labeled with the special confluence number $0$. When two or more rivers meet at a confluence (other than confluence $0$), the resulting merged river takes the name of one of those rivers. For example, the Ping and the Wang meet at confluence $1$ with the resulting merged river retaining the name Ping. With this naming, the Ping has length $658$ km while the Wang is only $335$ km. If instead the merged river had been named Wang, then the length of the Wang would be $688$ km while the length of the Ping would be only $305$ km. 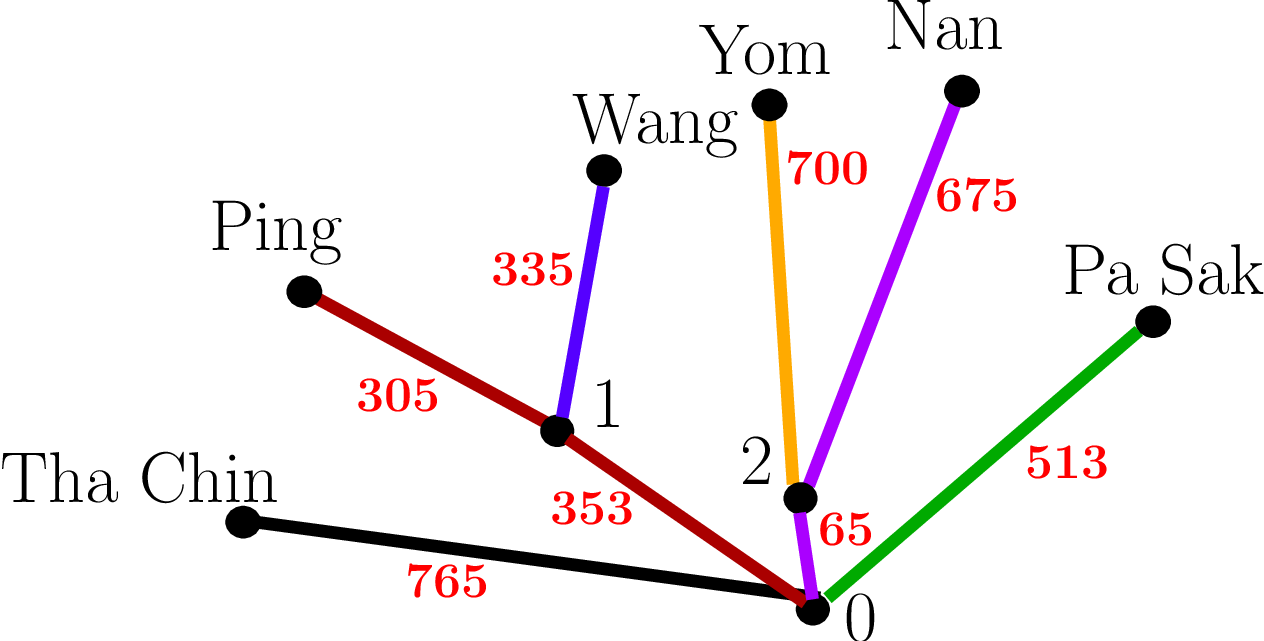 The raised awareness of this phenomenon causes bitter rivalries among the towns along the rivers. For example, the townspeople along the Wang protest that maybe with a proper naming scheme, their river could actually be the longest, or maybe the second longest (or at least not last!). To end all the guessing, your task is to validate all such claims.

The rank of a river is its position in a list of all rivers ordered by decreasing length, where the best rank is $1$ for the longest river. For each river, determine its best possible rank over all naming schemes. At any confluence, the name of a new, larger river in any naming scheme must be one of the names of the smaller rivers which join at that confluence. If two or more rivers have equal lengths in a naming scheme, all the tied rivers are considered to have the best possible ranking. For example, if one river is the longest and all other rivers are equal, those rivers all have rank $2$.

The next $n$ lines describe the rivers. Each of these lines consists of a string, which is the name of the river at the source, and two integers $c$ $(0 \leq c \leq m)$ and $d$ $(1 \leq d \leq 10^9)$, where $c$ is the identifier of the nearest confluence downstream, and $d$ is the distance from the source to that confluence in kilometers. River names use only lowercase and uppercase letters a–z, and consist of between $1$ and $10$ characters, inclusive.

Display one river per line in the same order as in the input. On that line, display the name of the river and its best possible rank.