Place-Y Technology Corp. plans to launch a new space station soon. The company CEO is known for being obsessed with perfection. For example, he insists that all the outer surfaces of the space station are regularly polished and cleaned of what he calls “space debris,” mainly for the station to appear good in photos. The engineering team tried but failed to convince the CEO that this was not needed. So instead they developed an innovative technology to maintain the surfaces while minimizing human operations outside the station. The maintenance is performed by several small robots moving over the space station surface, just like robotic vacuum cleaners. Before their first flight, Place-Y needs to assess the risks of collision during the operation of the robots. And this is exactly where you step in.

For the purposes of this problem, we model the space station as a collection of axis-aligned unit cubes (not necessarily connected). Each robot starts at time $t=0$ in the center of an exposed face of one of the station’s unit cubes (that is, a face which is not shared by a second station cube). The robot is oriented in one of the four directions parallel to an edge of the cube face. Every time unit, the robot moves straight ahead to another cube face, possibly pivoting $90$ degrees across the space station edges so that it always maintains contact with the station. Note that if two cubes share an edge, the robot cannot slip between them (there is no gap). 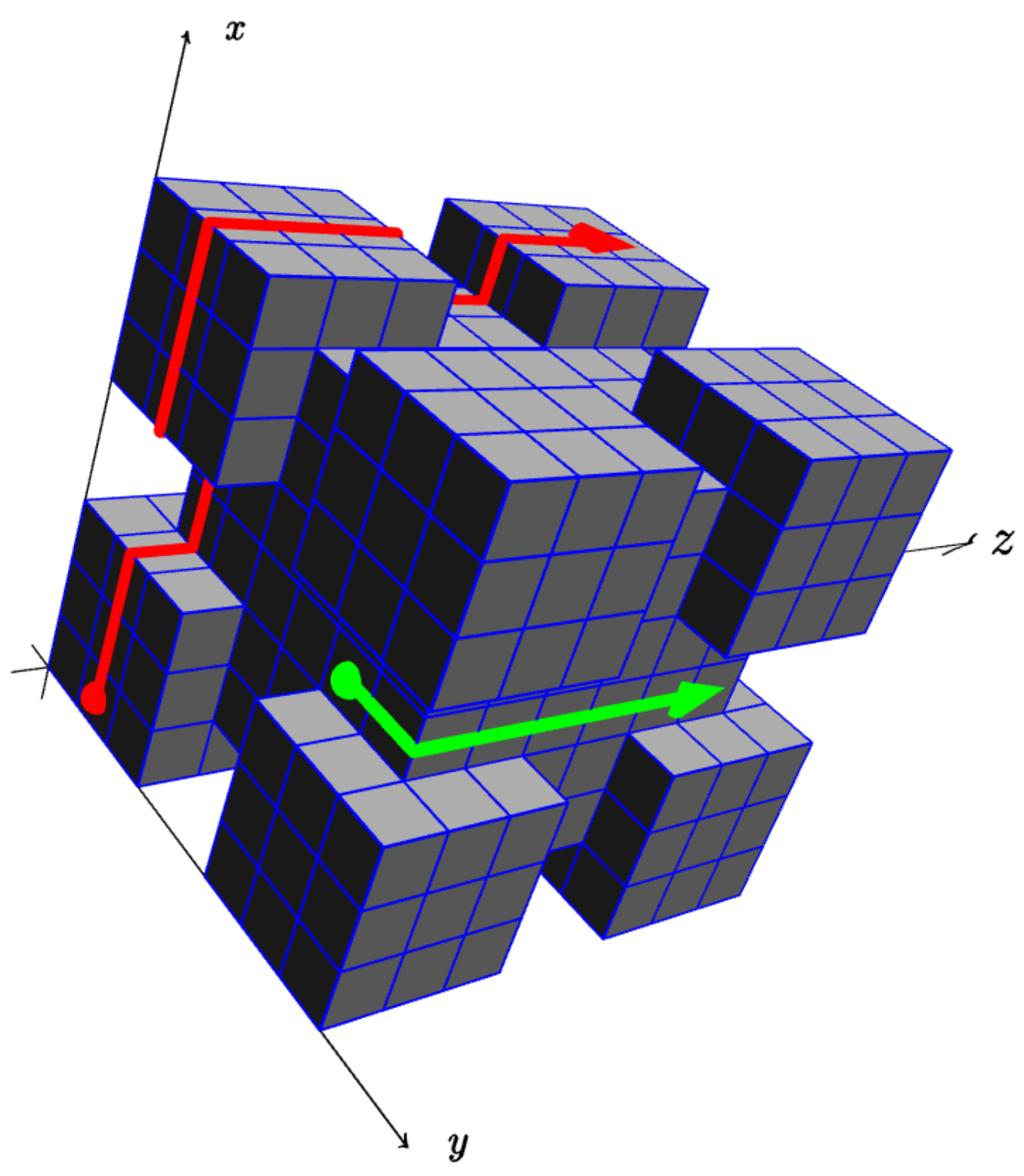 Output the time of the first collision. If there will never be a collision, output $\tt ok$.